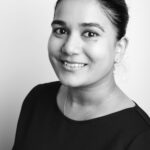 Religion is often neglected by mainstream psychology, although approximately 90% of the world’s population take part in some form of religious or spiritual practice. South East London is home to a multicultural population, where less privileged individuals and communities are affected by ongoing health and social inequalities.

Faith is an important part of life for many ethnic minority groups. Religious coping and religious advisors are important in supporting the mental health needs of faith communities, particularly in Black Majority Churches. But we know little about the role of faith and religious coping with adversity among UK ethnic and migrant groups, despite a notable rise in the number of Black Majority Churches in London over recent years.

The purpose of this project is to understand the role of Christian faith and religious coping in dealing with stressful life events, and its relationship to emotional well-being and help-seeking among Black ethnic groups in South-East London. This project involves community members as Peer Researchers as part of a Participatory Action Research (PAR) approach. PAR approaches are where community members and researchers collaborate to explore a topic or issue, and together seek solutions. PAR approaches adopt a commitment to meaningfully involve and empower the voice of marginalised communities.

Peer researchers are people who steer and conduct research through their lived experience of the issue/topic being studied. Peer Researchers, representing Christians of African/Caribbean backgrounds, will contribute their lived knowledge, expertise and viewpoints around faith and mental health to co-produce key recommendations based around the project’s anonymised findings. This project aims to bring the voice of Peer Researchers from the community to inspire change in how healthcare providers consider and include religious beliefs in healthcare services.

This project will use mixed research methods to address the following aims:

(4) To reflect on the project’s findings and co-produce key recommendations using a Participatory Action Research approach.

The project is nested within the ‘Marginalized Communities’ research programme within the Centre for Society & Mental Health (CSMH) at King’s College London.

This study has the potential to provide a richer understanding around the role of Christian faith, well-being and help-seeking among Black ethnic groups. This understanding can guide how local healthcare services should consider faith and cultural diversity in planning services for people living in the area, and to promote mental health awareness and help-seeking in religious communities.